Mound Builders of Ancient America: The Archaeology of a Myth 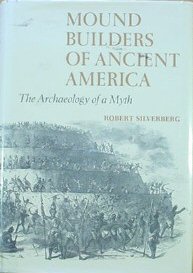 Silverberg's Law of Conservation of Research: Once you've done your research, never publish one book on the subject when you can publish more than one. In this case, he put out a shortened version of this book, The Mound Builders. In addition, there are a number of other books on Native American history and culture: Home of the Red Man, The Old Ones, The Pueblo Revolt, and so on.