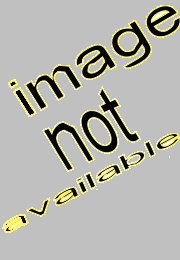 For many years fishermen and sponge divers have randomly recovered ancient treasures from the sea, but the Antikythera Expedition of 1900-1901 was the first attempt to systematically retrieve underwater antiquities. In Sunken History, Robert Silverberg relates the exciting details of this expedition and others as well: Port Royal, the pirate city of Jamaica, which was lost beneath the sea in an earthquake 250 years ago; Ys on the northern coast of Brittany; Helike, an ancient city of Greece — Mr. Silverberg describes the challenges of each and dares to suggest that perhaps someday divers will find even the fabled island of Atlantis.

Many underwater treasures are found in inland areas. From a flooded cave at Montespan, Norbert Casteret, one of the greatest cave explorers, retrieved the oldest known statues — twenty thousand years old.

With the discovery of ancient relics, the history of human civilization is uncovered. The 17th century Swedish flagship Vasa, pots and amphorae from Marcus Sestius's wine ship, relics from the sacrificial wells of the Mayas—all help scientists to reconstruct details of the life of the past.

Silverberg tells the human story vehind these and other historically significant discoveries — the story of brave men who, in their efforts to retrieve Sunken History, contend with menacing sea creatures, troublesome growths that attach themselves to underwater objects, and the pressure of tons of water.