Of all the many worlds created by Robert Silverberg throughout his long career, none is more famous than Majipoor. It is no accident that he has revisited the planet more than any other, for it is a big world full of rich variety. In the Introduction to Revolt on Majipoor, Silverberg tells of the end of his hiatus and the beginning of Majipoor:

...one warm April afternoon in 1978 as I was wandering around alone near my swimming pool I heard the old familiar voice in my head whispering things to me, and suddenly a new book was there. I went into my office and scribbled this on the back of an envelope:

The scene is a giant planet-sized city — an urban Big Planet, population of billions, a grand gaudy romantic canvas. The city is divided into vast subcities, each with its own characteristic tone. The novel is joyous and huge — no sense of dystopia.

The book must be fun. Picaresque characters. Strange places – but all light, delightful, rafish...

Young man journeying to claim an inheritance that has been usurped. His own identity has been stolen and now he wears another body.

On that envelope was the seed of Majipoor, even down to the basic plot of the first book. The Big Planet he referred to is Jack Vance's classic world. When Silverberg wrote Lord Valentine's Castle at the top of the scribble, his first novel in many years was born. Before long, he realized the planet could not be entirely urban, but he has remained true to that original vision through all the books set on the planet.

The name he chose for this world, Majipoor, has an exotic quality reminiscent (to an American at least) of India, and that land can be seen as a sort of model for the planet, with a large population of diverse ethnicity and religions, strange (to Westerners) animals and plants, and grand aging monuments. Like an outsider visiting India, no matter how many times you go back, you feel there is more left unexplored. Reading Silverberg's Majipoor stories today must be something like reading Marco Polo was to Europeans centuries ago.

If you read French, there's another good resource maintained by a dedicated fan.

SPOILER ALERT: Since the information presented here involves characters and events set at differing times in Majipoor's history, some plot points may be revealed. If this bothers you, put off going further until after you read the books! 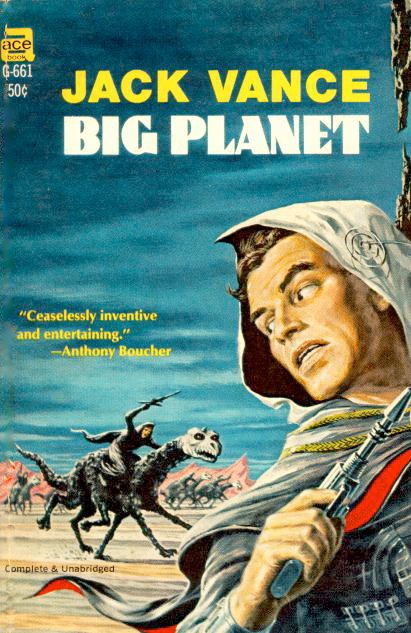