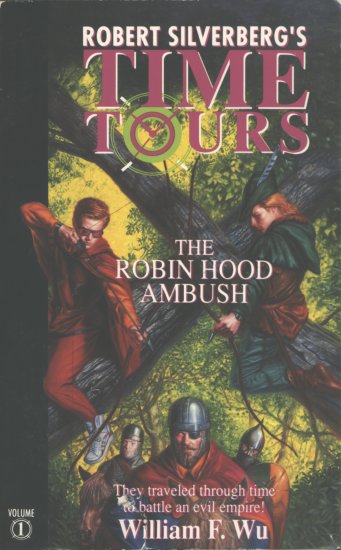 A new series from the mind of the three-time Hugo and five-time Nebula award-winning Robert Silverberg!

In the next century, time travel is a tourist business...a very risky tourist business. Couriers can take travelers into any time they wish. But once there, they'd better not change history. The Time Patrol is watching, and those who meddle with the past may find themselves erased from it!

Three high-school friends, Bob, Will, and Allan head back to AD 1189 for a vacation. What starts out as a trip to see King Richard the Lion-Hearted turns into a dangerous adventure!