Beyond the Gate of Worlds 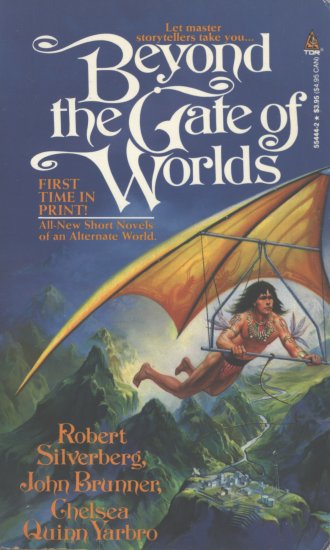 Beyond the Gate of Worlds lies a land where history has run on a different track than our own. A world where the Black Death killed, not one quarter of Europe's population, but more than half. A world where the Ottomans became the most powerful empire on the planet, and a great playwright named Shakespeare wrote in Turkish; where no Spanish came to the lands of Moctezuma; where Africa took the hand of Islam and Timbuctoo still flourishes.

It is Lion Time in Timbuctoo—the Emir of the Songhay lies dying in the cruel summer heat. The imminent funeral of the ruler of the greatest empire in Africa has drawn ambassadors from every corner of the earth, from China to Peru...and where politicians gather, political power will be at stake.

Meanwhile, in the city of Krakow, the enemies of Russia are plotting also. The Czar is coming to his vassal states in Eastern Europe. He intends to reassure the people of his benevolence, but in looking west, he has taken his eyes off the Orient. Should Czar Nicholas have an...accident..all Asia will go up in flames.

At the same time, the True Inca of Peru has learned that his rebellious cousin has gained the aid of the Turks in his war for the throne. The True Inca, too, must find allies from across the seas; and if the rumors of upheaval in Russia are true, then perhaps the leaders of Japan and Maori would be interested in making new friends. But it will require courage such as has never been seen for any ship of the Inca's to cross the great Western Sea.