Man Before Adam: The Story of Man in Search of His Origins 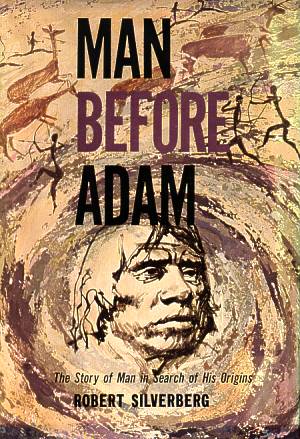 The gradual revelation of man's earthly origins resulted in one of the most profound intellectual shake-ups in human history.

When the vice-chancellor of Cambridge University announced in the 1650's that "man was created by Trinity on the twenty-third of October, 4004 B.C., at nine o'clock in the morning," the noted theologian's conclusions were as sedulously set down and accepted as Holy Writ. A little less than a century later, most traditional ideas of creation had been cast out with yesterday's rubbish. The time between was marked with controversy and heartbreak for a few intrepid scientists — those whose curiosity and honesty overreached their caution. Here is the story of that revolution in men's minds.

From the anthropologists who dared not face the implications of the facts they had uncovered to the valiant ones who stood up to be ridiculed, calumniated or—even worse—ignored, the author traces the exciting history of science's exploration of man's beginnings, and of the stalwart men who shoveled, brushed and patiently chipped away the debris of millenia to piece together the jigsaw of their remote past. Buffron, Cuvier, Lamarck and Boucher de Perthes, Lyell, Darwin and Black; Weidenreich and von Koenigswald, Dart, Broom and Leakey—all these and many other great researchers are to met here, along with their cryptic evidence: jawbones from Java, "dragons' bones" from Chou-kou-san, skulls from the Valley of Neander, the great Piltdown hoax, and the recent discoveries in Olduvai Gorge. Robert Silverberg unrolls a fascinating panorama of three centuries of man's million-year-old history in the making.