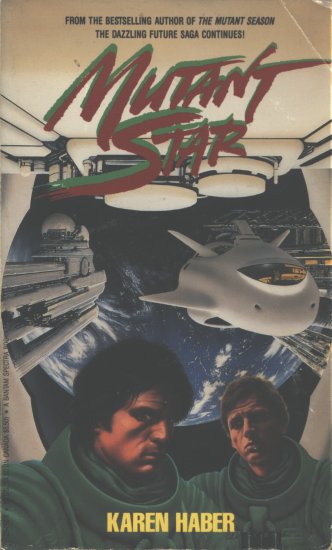 For hundreds of years, the mutants walked among us, concealing their dazzling psychic abilities, living in fear. With the coming of the 1990s, the mutants took their rightful place in normal human society in a storm of political upheaval. Now, as summer ripens for the mutant clans, the long struggle for equality nears its end. But the mutants' awesome talents—and their belief in the coming of a mutant messiah—still set them apart. The clans can join together in hope...but for how long?

Alanna, talented in her own right, but overshadowed by the brilliance of her mother, the world-renowned artist Narlydda.

Julian, the gifted graduate student, hoping to forge a link between medicine and mutant healing—and between himself and the beautiful researcher, Eva Seguy.

Rick, Julian's mercurial twin brother, whose lack of mutant talents is his burden...and his freedom.

Strange currents are flowing, and the entire world is about to change. Unthinkable and unspeakable powers are about to the released, powers that not even the massed mutants can control.