Scientists and Scoundrels: A Book of Hoaxes 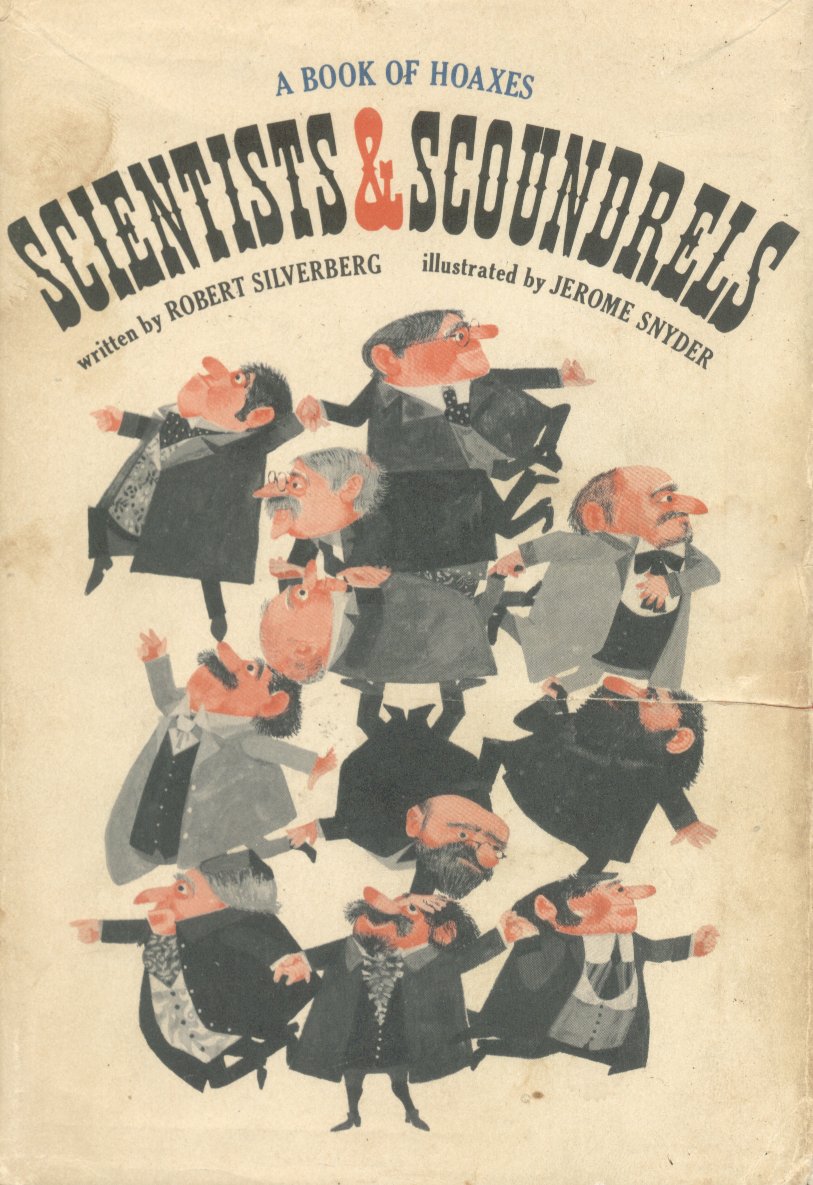 ...Does a newspaper story say there are men on the moon? Yes, but is it so? Are there vast sea serpents? Perhaps, but let's look closely at the evidence. Was there a lost continent of Atlantis? Can a perpetual-motion machine be buit? Perhaps. Perhaps. But first we must check.

The hoaxers teach us to check. They make us unsure of what we think we see — and that is useful. We have to challenge the evidence. If the tools of science are not good enough for telling fact from fantasy, we must develop new tools.

Here is a baker's dozen of hoaxes. If, reading about such characters as Mesmer and Koch and Keely, you feel a trifle uneasy about some of the things you see in the daily paper, so be it. Take a closer look at the latest wonders.

Things are seldom what they seem.
— Robert Silverberg

As if history and nature had not provided wonders enough, through the ages men have contrived marvels to deceive their fellows. Sometimes they have concocted evidence, when none was available, to prove their theories; sometimes their intention has been to impress or defraud; sometimes they have acted merely for sport.

Robert Silverberg has told the stories of a baker's dozen of these scientific hoaxers in a lively, good-humored book, which ranges through time and across continents. Here are perpetual-motion machines and space rockets, men on the moon and serpents in the sea. The rogues' gallery is a varied one: Dr. Mesmer casting his hypnotic spell on eighteenth-century Paris; Charles Dawson, whose Piltdown Man challenged evolution; Dr. Cook, with his tale of "discovering" the North Pole; and many others.

These are fascinating stories, and more than just entertainment. The author has explained the scientific background against which the hoaxes appeared, and the detective work which led to their exposure. The schemers teach us to be alert, to challenge the evidence, to appreciate the healthy skepticism that characterizes the scientific method.