Born with the Dead 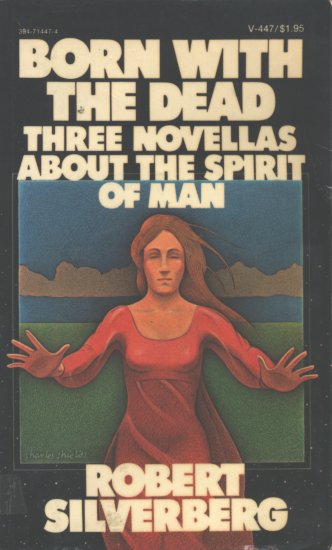 This story was written for a special Silverberg issue of F&SF and won the Nebula Award for best novella, 1975.

In the 1990s, doctors have discovered how to rekindle dead people, re-animating the bodies and minds. But the deads are different, aloof, unconcerned with the matters of warms — those still alive — and mostly keep to the Cold Towns. Jorge Klein finds that he cannot let go of his dead wife Sybille, and seeks her out obsessively, following her around the globe. This is just not done, but Jorge can't stop himself.

One interesting scene involves an African preserve set aside for vacationing deads, where they must leave the native animals alone and hunt instead genetically recreated extinct species — aurochs, ground sloth, quagga, passenger pigeon, dodo. Many aspects of the situation are explored, including the attitudes people of different cultures have towards death. Definitely one of the high points of Silverberg's career and the culmination of his intense and intimate writing of the 1970s.

The Hitchhiker's Guide to Science Fiction has a number of listings dealing with Born with the Dead.