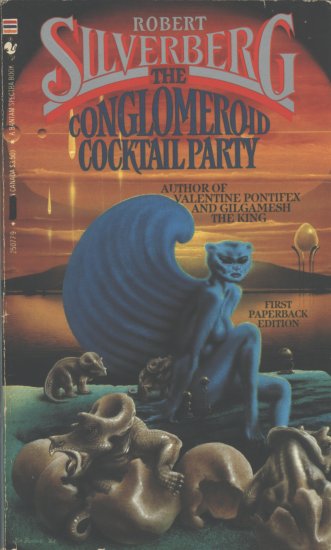 Giovanni Pergolesi is one of the lesser-known geniuses of music. He wrote prolifically in his short life, then died in 1736 at the age of 25. Some high-minded scientists in 2008 use a machine to pluck the composer from just before his death into the future so they can allow his talents to develop as if he had lived longer. Then Gianni discovers pop music... After all, in his day, opera was pop music.

This is a good story, kinda fun. The dominant musical genre in 2008 is a style called Overload, which seems to be a kind of techno-industrial, full-body, highly rhythmic sound, and it is associated with a drug called slice. The Overload groups mentioned in the story are Booth Wilkes John, Shining Orgasm Revival, Thug, Holy Ghosts, Ultrafoam, Scissors, Toad Star, and Bubblemilk. (Need a name for your band, anyone?) Aside from the music technology, there's mention of anti-gravity (though honestly it could be a colloquial term for something other than actual anti-gravity), and something called pluggie intensifiers which enhance the music at a club called The Quonch. As a cultural note, when Gianni goes modern he dyes his hair red and decks himself out with mood-sensing jewelry that makes noises. Silverberg's evocation of pop-music business and culture is maybe a little off, but hey, it's still a great story.