The Morning of Mankind: Prehistoric Man in Europe 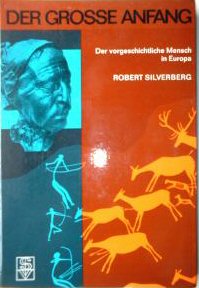 There were men before history. They lived and worked, argued and examined, loved and worshiped. They did not think of themselves as prehistoric or primitive. We know more tricks than they did; but they were not beasts, nor are we gods. What should astonish us, as we look at our ancestors of the prehistoric past, is not how different we are from them, but how very much the same.

The continent of Europe has been inhabited by man for perhaps a million years; less than 2,000 of those years have been recorded in written history. Much of this silent past, so long neglected for the study of the more advanced civilizations of Egypt and the Near East, has now been patiently recovered by archaeologists and prehistorians.

The stone tools of Neanderthal cave dwellers and the astonishing paintings of Cro-Magnon hunters in the caves of France and Spain lie at the beginnings of the prehistory of Europe. After the Ice Ages came changing ways of life developed by the peoples of the sea shore and the northern bogs; the migrations of the Neolithic farmers and the conquest of the great European forests; trade and colonization by the Beaker Folk, the Megalith Builders, and the Battle Axe peoples from Asia. Mr. Silverberg describes what archaeologists now know about the lives of these peoples, their habis and their art, and the mysterious religions which inspired such awesome works as England's Stonehenge.

THE MORNING OF MANKIND tells the entire sotry of Europe's men before history from the earliest Stone Age toolmakers to the complex civilizations of the Bronze and early Iron Ages.

ROBERT SILVERBERG is the author of many books on archaeology and anthropological subjects. A full-time writer since his graduation from Columbia in 1956, he lives in Riverdale, New York, and travels widely to explore and study sites and research materials for his books.

You might think that a book on a historical topic would be safe from going out of date, but only if you don't think about it too long. Over the decades since Silverberg wrote this book, much has been learned about the prehistory of our kind, both in Europe and elsewhere, and some of the information presented here (and more of the speculation) has been supplanted by newer findings. Still, it's an engrossing read, and the broad outline of the story remains – much of what's changed is in the details. The Morning of Mankind also stands as a portrait of the times in which it was written, differing from contemprary nonfiction in a number of ways. I noticed throughout that many descriptions (perhaps unintentionally) are rather judgmental. For example, the Neanderthal people are repeatedly called ugly while the Cro-Magnon are characterized as handsome and noble. On the other hand, as the jacket notes indicate, Silverberg often points out that each successive cultue no doubt considered themselves the height of human achievement, and we should resist the impulse to think of them as primitive or brutish.