Other Spaces, Other Times 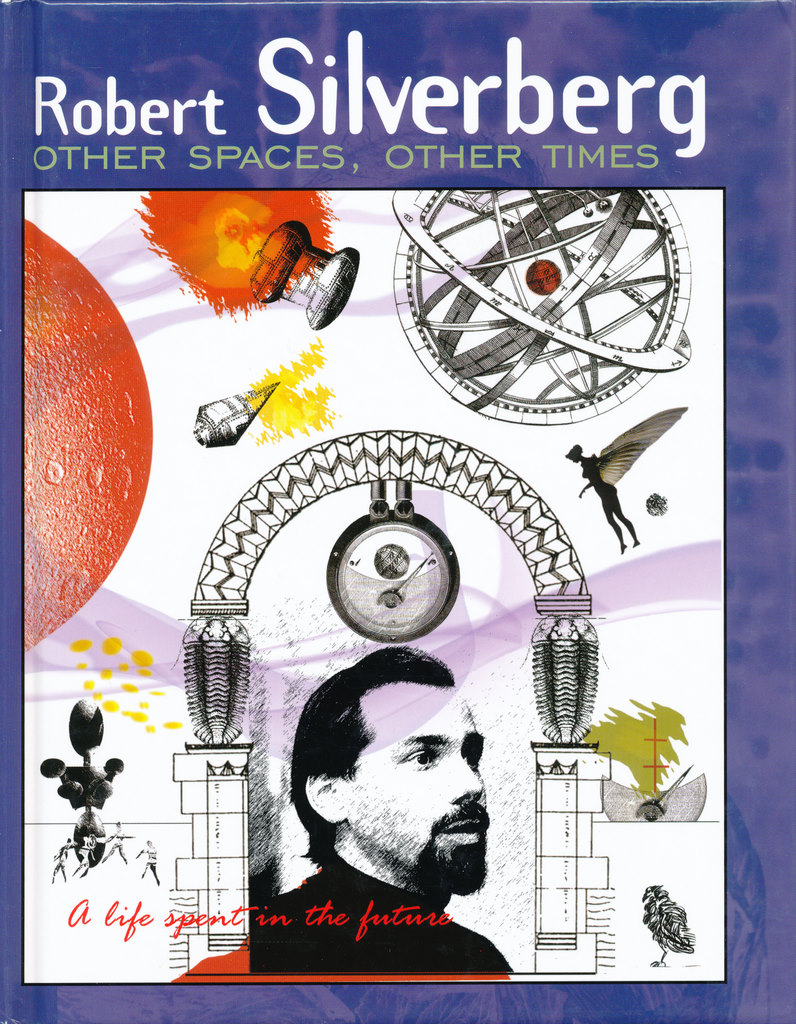 "IN THE COURSE of my six decades of writing, I've witnessed the transition of science-fiction publishing from being a pulp-magazine-centered field to one dominated by mass-market paperback companies, and I've known and dealt with virtually every editor who played a role in that evolution. For much of the time I was close to the center of the field as a writer and sometimes as an editor, not only deeply involved in its commercial mutations but also privy to all the personal and professional gossip that it generated. All that special knowledge has left me with a sense of responsibility to the field's historians. I was there, I did this and did that, I worked with this great editor and that one, I knew all but a handful of the major writers on a first-name basis, and all of that will be lost if I don't make some sort of record of it. Therefore it behooves me to set down an account of those experiences for those who will find them of value." — From Silverberg's introduction

ROBERT SILVERBERG is one of the most important American science fiction writers of hte 20th century. He rose to prominence during the 1950s at the end of the pulp era and the dawning of a more sophisticated kind of science fiction. One of the most prolific of writers, early on he would routinely crank out a story a day. By the late 1960s he was one of the small group of writers using science fiction as an art form and turning out award winning stories and novels. In 2004 he was named a Grand Master by the Science Fiction Writers of America. OTHER SPACES, OTHER TIMES: A LIFE SPENT IN THE FUTURE is the first collection of his autobiographical writings. Fully illustrated with many rare photos and ephemera from Silverberg's own archives and a new Silverberg bibliography.

"Autobiography. Apparently one should not name the names of those one has been to bed with, or give explicit figures on the amount of money one has earned, those being the two data most eagerly sought by readers; all the rest is legitimate to reveal." — Robert Silverberg

Given that RS is not likely to ever write a proper autobiography, this book will have to do. The basis of it is a collection of various short pieces he's written (mostly from his regular column in Asimov's, but many from story introductions in various publications) that touch upon biographical subjects. Many of them also appeared in Reflections and Refractions. Also included is "Sounding Brass, Tinkling Cymbal" from 1974. But the real attraction here is the wealth of extras presented, including childhood photographs, bits of manuscripts and rejection letters, cover art from books and magazines, and much more, a lot of it in full color.

There is also an extensive bibliography with some annotations by RS.

You can read a review on Sci-Fi Wire.