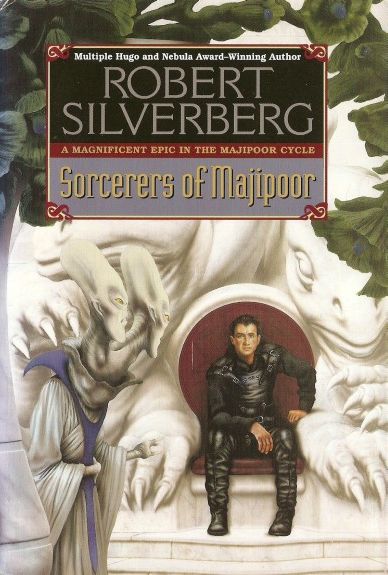 It has been one of my peeves that many people refer to Lord Valentine's Castle and the other Majipoor books as fantasy. They are science fiction, of the subgenre called planetary romance. They take place on a distant planet and all the wonders are accomplished by technological means. There is no magic (barring the use of telepathy, which is admittedly a gray area). The title of this book is a clue that something is different in this volume. Although there are skeptics among the characters in the story (Prestimion is one), it is clear that in this version of Majipoor magic is real. I can no longer say this is a science fiction novel without going into more rationalization than Silverberg includes in this entire lengthy book. His attempts at explaining sorcery are minimal, even half-hearted. And honestly, the ending, while it makes sense in an obvious plotting way, is completely unbelievable.

The Prestimion story continues in Lord Prestimion and King of Dreams.