The Book of Changes

By kind persmission of the author, Majipoor.com here presents a short excerpt from the beginning of The Book of Changes, a tale set in Majipoor's history long before the time of Valentine or even Prestimion. 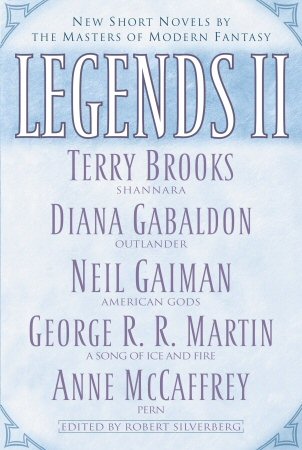 Standing at the narrow window of his bedchamber early on the morning of the second day of his new life as a captive, looking out at the blood-red waters of the Sea of Barbirike far below, Aithin Furvain heard the bolt that sealed his apartment from the outside being thrown back. He glanced quickly around and saw the lithe catlike form of his captor, the bandit chief Kasinibon, come sidling in. Furvain turned toward the window again.

As I was saying last night, it truly is a beautiful view, isn't it? Kasinibon said. There's nothing like that scarlet lake anywhere else in all Majipoor.

With the same relentless good cheer Kasinibon went on, addressing himself to Furvain's back, I do hope you slept well, and that in general you're finding your lodgings here comfortable, Prince Aithin.

Out of some vestigial sense of courtesy — courtesy, even to a bandit! — Furvain turned to face the other man. I don't ordinarily use my title, he said, stiffly, coolly.

Of course. Neither do I, as a matter of fact. I come from a long line of east-country nobility, you know. Minor nobility, perhaps, yet nobility nevertheless. But they are such archaic things, titles! Kasinibon grinned. It was a sly grin, almost conspiratorial, a mingling of mockery and charm. Despite everything Furvain found it impossible to dislike the man. — You haven't answered my question, though. Are you comfortable here, Furvain?

Oh, yes. Quite. It's absolutely the most elegant of prisons.

I do wish to point out that this is not actually a prison but merely a private residence.

I suppose. Even so, I'm a prisoner here, is that not true?

I concede the point. You are indeed a prisoner, for the time being. My prisoner.

Thank you, said Furvain. I appreciate your straightforwardness.

He returned his attention to Barbirike Sea, which stretched, long and slender as a spear, for fifty miles or so through the valley below the gray cliff on which Kasinibon's fortresslike retreat was perched. Long rows of tall sharp-tipped crescent dunes, soft as clouds from this distance, bordered its shores. They too were red. Even the air here had a red reflected shimmer. The sun itself seemed to have taken on a tinge of it. Kasinibon had explained yesterday, though Furvain had not been particularly interested in hearing it at the time, that the Sea of Barbirike was home to untold billions of tiny crustaceans whose fragile brightcolored shells, decomposing over the millennia, had imparted that bloody hue to the sea's waters and given rise also to the red sands of the adjacent dunes. Furvain wondered whether his royal father, who had such an obsessive interest in intense color effects, had ever made the journey out here to see this place. Surely he had. Surely.

Kasinibon said, I've brought you some pens and a supply of paper.

He laid them neatly out on the little table beside Furvain's bed. As I said earlier, this view is bound to inspire poetry in you, that I know.

No doubt it will, said Furvain, still speaking in that same distant, uninflected tone.

Shall we take a closer look at the lake this afternoon, you and I?

So you don't intend to keep me penned up all the time in these three rooms?

Of course I don't. Why would I be so cruel?

Well, then. I'll be pleased to be taken on a tour of the lake, Furvain said, as indifferently as before. Its beauty may indeed stir a poem or two in me.

Kasinibon gave the stack of paper an amiable tap. You also may wish to use these sheets to begin drafting your ransom request.