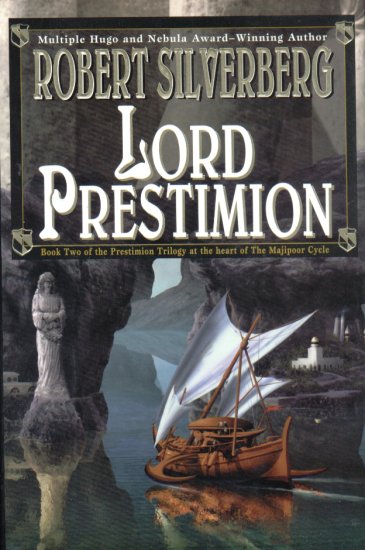 The sixth Majipoor book. It is a direct sequel to Sorcerers of Majipoor. It concerns the aftermath of the sorcery at the end of that story.

Like its predecessor, Lord Prestimion starts kind of slowly (if I'd read one more description of how moody Prestimion got, I'd have thrown the book across the room!), but picks up steam and becomes a pretty good read. If you, like me, dropped your jaw at the difficult ending of Sorcerers, you will appreciate the fact that Prestimion has to deal with the consequences of his actions, and they aren't pretty.

This book is chock full of the kind of exotic travelog that many of us love about Majipoor. There's a new bizarre creature, plant, or landscape around every corner. Silverberg certainly exhibits no shortage of imagination.